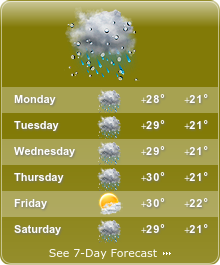 Hello,
Welcome to Places Around Pune.
In this hot summer, everyone is waiting for Monsoon thrill, splash moment in waterfall and Cloudy hill station.
To help you prepare your monsoon travel list, we enlist some exceptional waterfalls to Visit in this monsoon.

Ambaghat is known as land of waterfall. Ambaghat is known for Heaviest rain in the state, and so, it gives you a series of waterfalls where you can enjoy Monsoon time.
Out of them, Kerle waterfall is my favourite one. 1.5km away from the main road, in the dense jungle, waterfall is accessible via small trail. being less known and offbeat, this waterfall is completely isolated from crowd and you can witness perfect waterfall moments.  before reaching waterfall, you can see complete 360 degree lush green surroundings.
Also, 23km from Ambaghat is another Famous Marleshwar Temple and waterfall. this place is rich in history and aorund 1000 steps to be climbed to reach temple. Entry to this waterfall is restricted during monsoon, but glimpse of waterfall from far distance is also pleasant. even, ride from Ambaghat to marleshwar is also another attraction as route goes through green farms, river side and rular area.
Distance : 230km from Pune.
Stay : multiple options for stay available. While going from Pune, once you take left from Kamshet, your feel for monsoon start immediately. Green Rolling hills, cloud covered peaks starts giving you bliss till you reach Dudhiware.
Dudhiware is a special Dual waterfall as seen in picture. it runs as separate 2 streams and it is easy accessible from Main road. fwe people go there for waterfall rappelling adventure as well. Apart from that, Waterfall is completely safe to play in. very few people around, no food or dhaba at the base, but multiple food dhaba available on route.
Distance: 65km from Pune.

In recent time, Madheghat has become very famous as Road condition till that waterfall has improved. road ends to the flat platue on the other side of which Konkan is seen. if you are adventure lover, then you can a trek of Upande ghat to madheghat trek of 3.5 hrs. during trek, you have to cross multiple water streams, River and a dense Jungle. if you want to skip trekking, then feel free to direct land at waterfall with 10 mins of jungle walk.
Playing in waterfall is allowed, but it depends on water and rain pouring on specific day. near the parking, 2-3 local dhaba avaialble for food. Expect crown at this waterfall.
Distance from Pune : 65km. This Route has become very famous for ride as it is close to Pune and resides between Mumbai and Pune. once you take a right turn from Kanhe phata on Pune lonavla highway, series of waterfall start at every 100 mtr. Avoid initial few waterfall as it most of the crowd stops at the initial waterfalls. Go till bendewadi. complete route passes through green farms, parallel to backwater dam and green hills of Sayhadri.
This waterfall is very different from others in a way, it is completely safe, it offers very different view of cave, waterfall and you can take special water massage, therapy as well. best part, only 5 mins water through farm to reach waterfall. Expect descent crowd.
Distance : 70km from Pune. Its an off beat monsoon destination. Not so known or so popular in tourists. The waterfall and the V-shaped valley are two major attractions in Darya ghat. you will see some tourists, but due to number of waterfalls, you wont find it crowded and can always find your space to get drench.
Route : Pune - Manchar - Junnar - Daryaghat. after Junnar, route is very scenic for drive.
Total Distance : 120 km from Pune.
So, this Monsoon...  Go..l Travel and Explore the UnExplored with Places Around Pune.